Apologies for the long silence on this blog. Since the last post, I have completed the last semester at Mianyang Teachers’ College and closed my service in the Peace Corps in mid-July. After a few weeks of travel, I returned to Seattle and started work at the end of August. I never intended such a long break, as there were many noteworthy happenings in the Spring and Summer. Now is the time to pick up that slack.

I last left off recounting my experience in Xi’an during the Spring Festival holiday. Below are a few photos of what Mianyang looked like during the holiday this past February. A characteristic of so many Chinese cities are LED-lit buildings that light up the night sky and accentuate drab buildings into colorful panoramas. During the Spring festival, lanterns are hung everywhere, adorning the city with red. Combined it provided a wonderful place to walk in the evening. 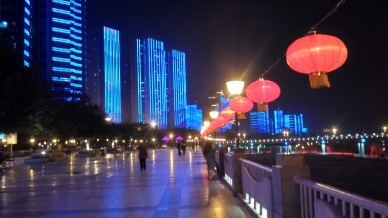 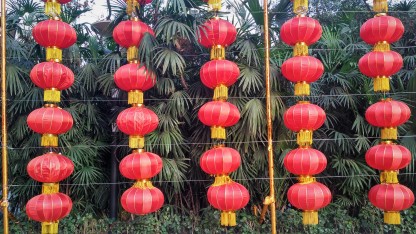 One of the stressful things about living abroad is missing holidays and celebrations of the home country. It is a joy to engage and learn new things, but there’s often a longing to return to the familiar. Although I’m not surrounded by the holiday traditions from the USA, I can share them and make do with what’s around me now. Last month I shared Thanksgiving and this month soon will be Christmas.

During the week before Thanksgiving, I taught students in class about the holiday and participated in several events with students and friends to celebrate. We gathered with students to make dumplings, we had dinner with more students, and then I hosted other Peace Corps Volunteers for our own Thanksgiving meal featuring chicken, mac n cheese, mashed potatoes, green bean casserole, and more–including a pumpkin pie I made from scratch.

The evening of Thanksgiving when myself and a few other foreign teachers gathered around a table with students, we ate and chatted. Then we went around the table to say what we were thankful for. it was a moment of honesty. One student used the image of a train. People get on and off as passengers, sometimes just quickly passing through each other’s lives, but friends are in it together for the long journey. What an amazing reflection.

With a grateful heart I give thanks for life and friends. 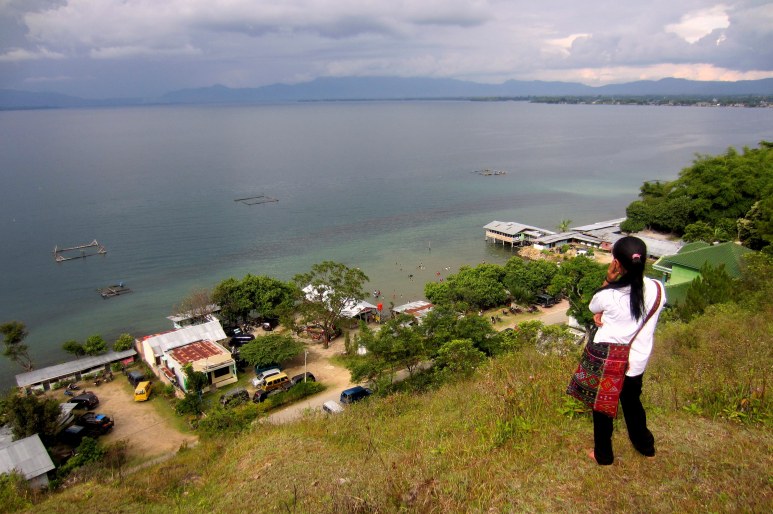 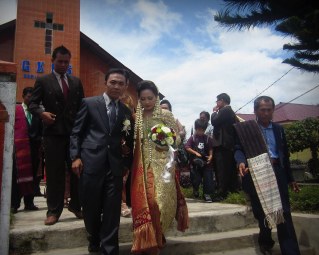 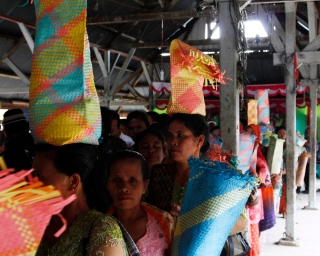 Rice offering and blessing at a wedding – Indonesia 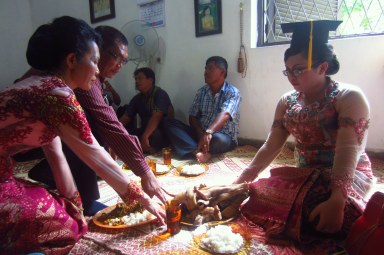 Batak people make a special dish from the pig. 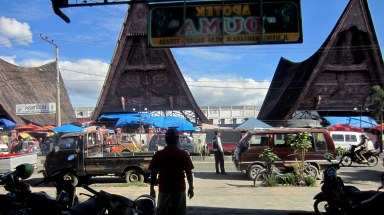 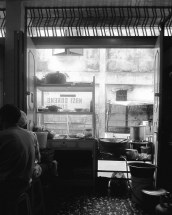 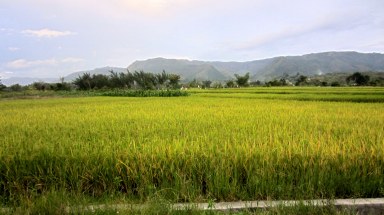 Here is a image gallery of photos that show a little of what life was like in Indonesia. Most are from Balige and Siantar, the two cities in the province of North Sumatra where I spent most of my time. In 2 of the photos, you’ll notice a pig’s head. Although most Indonesians are Muslim, I lived among the ethnic Bataks, most of whom are Christian, and regularly eat pork. Indonesia is amazingly diverse, and therefore, my life in the region around Lake Toba was different than someone who experienced Java, Bali, Nias, or Sulawesi islands. I hope to make more galleries about different aspects of life there, as well as other places I’ve traveled.

Snippets of life in Indonesia for the North American/European:
* I eat rice 3 meals a day and that’s normal.
* It’s considered abnormal here to not eat rice every day.
* While in Balige I eat my lunch with the other staff outside. Every day. We sit at a table outside the entrance to the kitchen and under the stairs to the 2nd floor classrooms.
* Yesterday I washed my clothes by hand and that’s normal.
* I can count on my fingers the number of times I have had access to a washing machine and used it in the last year and a half.
* I can’t count on my fingers the number of times the power has gone out (whether for a few seconds, minutes, or an hour+) in the last month.
* If I have digestion problems I can walk across the street to the hospital, see the doctor, get medicine and be home in less than 20 minutes and less than $10 for everything (true story from back in January).
* But if I have heart disease (which I don’t), it is better to drive the 7 hours to the nearest airport, fly an hour to Penang, Malaysia, and visit the hospital there for treatment and check-ups and medicine than it is in Indonesia.

And this is the view from my desk. I work with the door open. Every day. 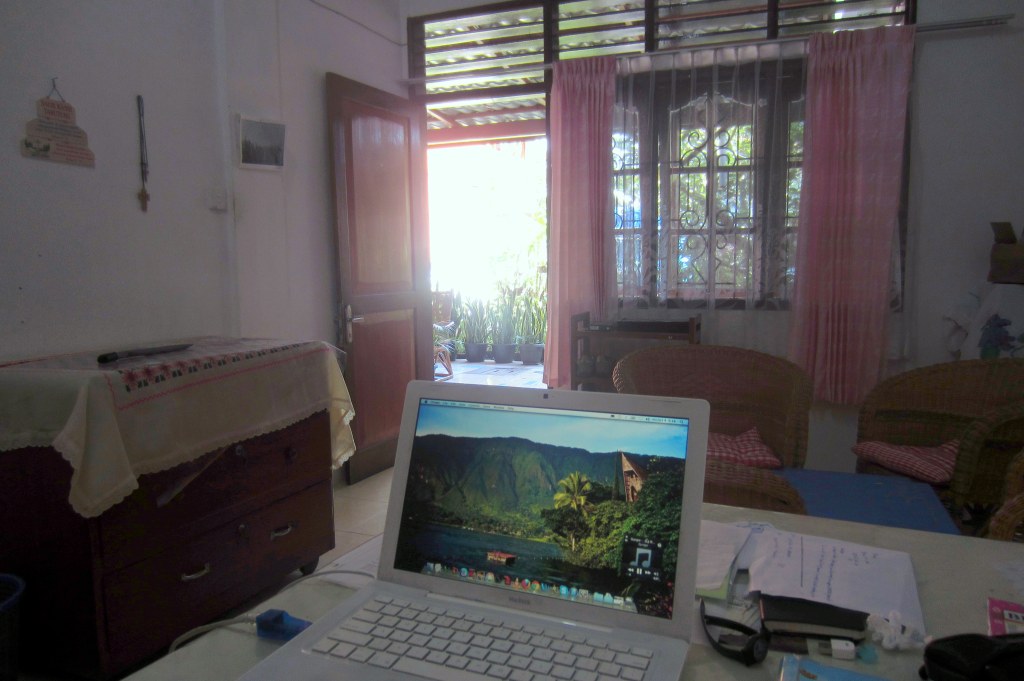 Just like hiking the rugged terrain of the Cascade mountains of Washington state and the mountainous rainforest of Sumatra, I experience the joy of summiting peaks and the pain of dark valleys in my current life. This description is not anything extraordinary, as I know these kind of ups and downs in life are a common experience across oceans.

It’s been an amazing, lonely, beautiful and difficult journey (and so much more that I am unable to sufficiently articulate). One thing is for sure: looking upon the smiling faces of my students awakens my soul. They are the reason I am here. 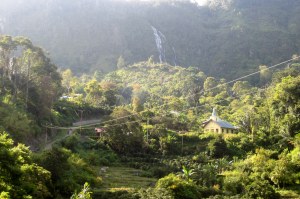 Scene near the village of Siboruon, North Sumatra, Indonesia.

On March 30th, 2012 I quietly departed American soil, bound for a life unknown. I put to death a way of life that I knew and the habits of my culture and adapted to my new surroundings. A new life sprang up as quickly as plants grow in the rainforest of northern Sumatra.

Many things about this past year have surprised me—blessings and challenges—and I feel that I have not been very good about writing more often. Some days feel normal and I don’t know what to write; some days I’m angry when my students don’t try to speak English (but not for long). Some days I’m just lazy to write. Nevertheless, I’m very grateful for this journey and glad I have a place to share some of the stories.

Even though there are difficulties, there are days I’m so very proud for all their effort. Like just yesterday, when in my English Theology class, we spontaneously created an English translation to a song in Indonesian about the Prodigal Son after reading that Bible story.

Always forgiveness for you. That’s a good message, indeed.

Some things you cannot plan for; I love those moments of spontaneity that tap into their creativity. And that pretty much sums up my year: living and creatively responding to the unexpected.

It has been more than 6 months since I arrived in Indonesia. It is hard to believe the time has passed! I have shared some of my experiences so far, but not yet detailed what a typical day is like, because, well, it seems now so ordinary. But maybe you are curious. So…

Just before 5am I hear the echo of “Allahu Akbar” coming from the local mosque. It is about this same time my students wake up. I don’t usually get out of bed until 5:30am. My routine has been to do some exercises like push ups and sit ups then go for a short jog, maybe 20 minutes. Even though the morning air is cold for my Indonesian friends, I return from a light jog and am dripping in sweat. I greet the students as they clean and take care of their morning tasks.

Breakfast is at 7am. Always rice, sometimes fried, or with a fried egg and/or noodles, and fish. And of course chilis. I eat with the director of the school, and now also with a young woman from Germany doing her internship here.

Morning worship is at 7:30am. Monday, Wednesday, and Friday are in Bahasa Indonesia; Tuesday is in the Batak language; and Thursday is in English.

The students have classes from 8am to 12:15, and again in the afternoon. I teach each day Mon-Fri, but different times each day. The school here is for 3 years, and each grade attends every class together. I am in the classroom 13 hours per week, teaching the 1st, 2nd, and 3rd year students.

Lunch is eaten communally with other staff. We have a table in the passage between the kitchen and common area near the courtyard.

At 6pm the church bell rings as it did at 6am. By this time, I am done with teaching and can relax or work on lesson plans (usually I relax).

Here’s a few photos of my days: 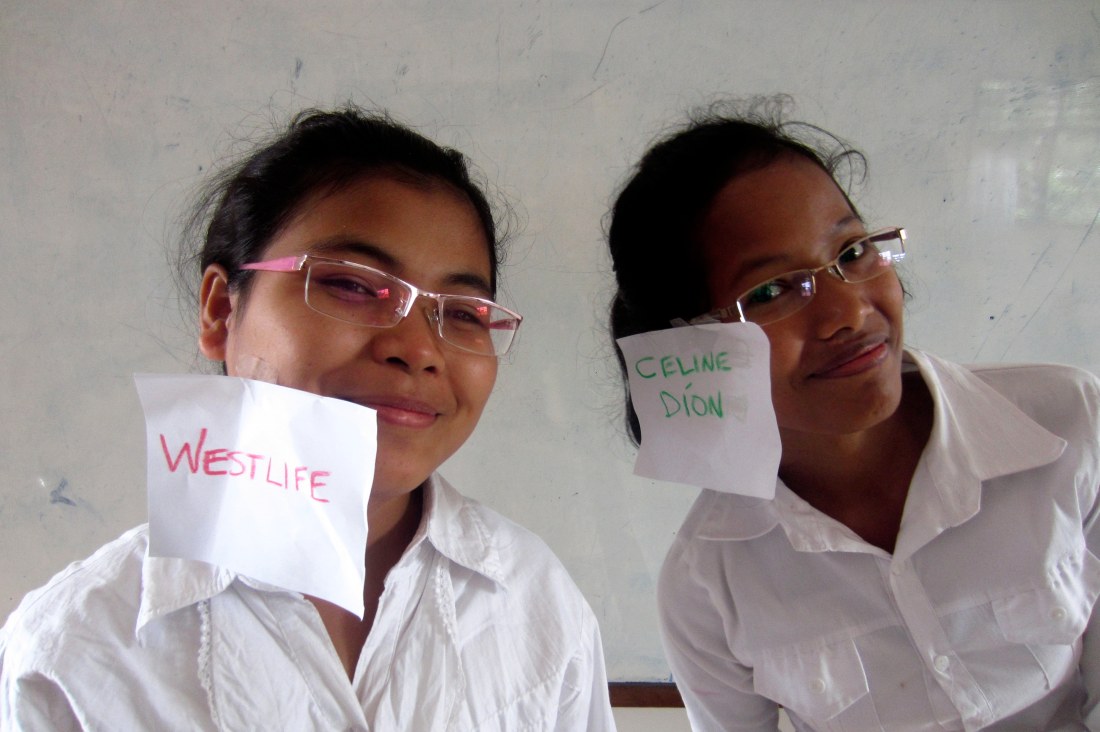 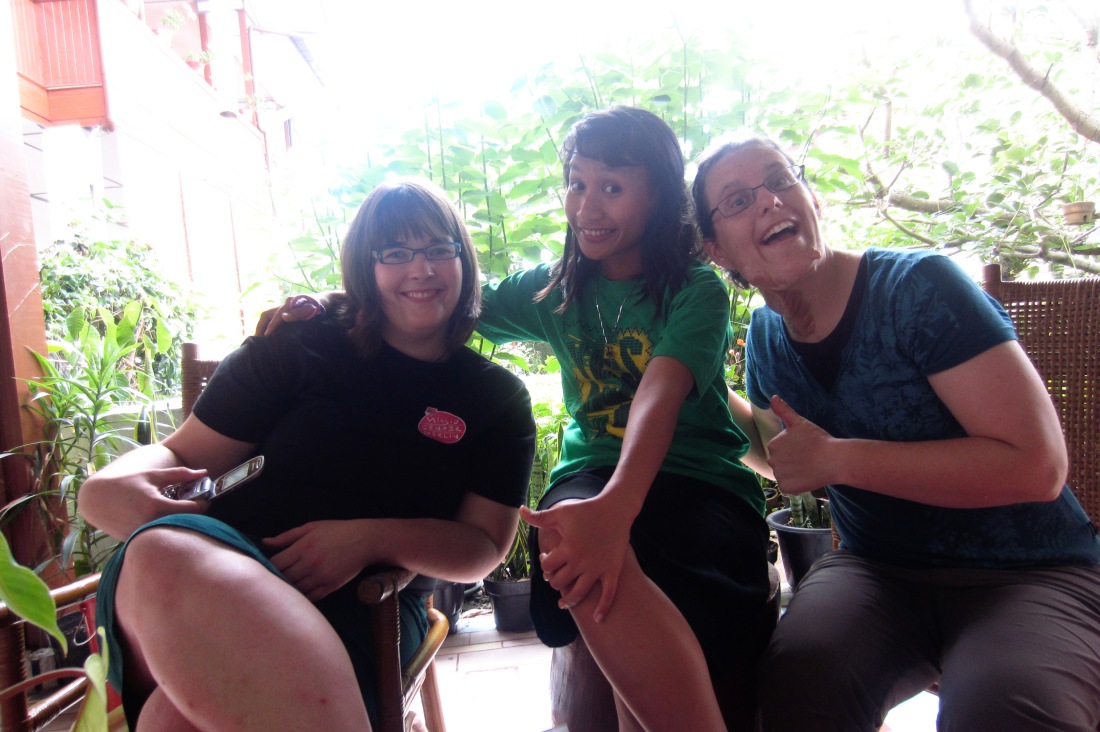 As NASA’s craft Curiosity made it’s landing on the surface of Mars, I was listening to the live feed while working on phrasal verb flash cards for my students. In the moment the NASA control room waited with baited breath to received the signal and photos from the craft, that it had in fact landed, I also heard the loudspeaker on the local mosque broadcast the muezzin’s chant, sending the faint sound of “Allah u Akbar…” into my office; my Muslim neighbors were praying, and as it is Ramadan, also fasting from food and drink. Some of my students were cooking lunch, others cleaning the school in preparation of the new semester.

In the US, the Sikh community in Milwaukee, WI was reeling from an inexplicable act of violence and hate against them. Six dead, shot in cold blood, desecrating their holy place of worship.

Someone I know lost their mother that day after a fall, and another person’s mother was breathing her last breaths, having walked more than 99 years on this earth.

Athletes from all corners of the world competed to be swifter, higher, stronger at the Olympic Games in London; world records were broken, as humans do indeed push the limits of their own bodies.

On that day, the 6th of August, back in 1945, the US unleashed a weapon of mass destruction on the city of Hiroshima, Japan, instantly killing many thousands and destroying a city.

From the earth to the moon, and now to Mars, we have such capacity to advance technology, to accurately place a craft on a distant planet. We also know how to create total destruction. We dare to run faster and jump higher than any human before. Meanwhile, billions of people live out their daily lives, working, playing, and eventually dying.

In Balige, that evening (6 August 2012), I went with some of my students to see the body of someone who had died; she was 85. In Batak culture, when an old person dies, they do not mourn in black as in western culture. Here, they have a party and they wear their ulos (traditional blanket). As is customary at death, the body is laid in the home and family and community come to visit. And so, beneath large tents, people gathered to sit. A band played traditional Batak music, while other people visited the body.

My students came to pay respects because the woman who was a friend to the deaconess students. We sang hymns, for which the band provided the music; we prayed; and then we greeted each of the family members with the customary handshake, placing the right hand to the heart after shaking.

Life and death—such beauty and mystery…

Below is the photo from the visit to the dead woman’s family: