When I finally set foot on Indonesian soil again this past August, after nearly three years, I knew I was home again. This post describes my short 10 days in Indonesia during the latter part of August, returning to the North Sumatran province.

My first destination was Bukit Lawang, a mountain village next to the Gunung Leuser National park. Here one can find the Orangutan, or in the Indonesian language Orang Hutan which literally means Person (orang) Forest (hutan). I hired a guide, as one must do in the park, and set off on a day-long hike through the jungle. Though it was not far in distance, I saw Orang Hutan and other wildlife and enjoyed the nature around me. 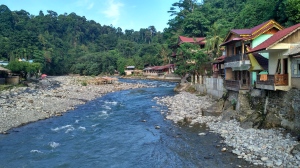 The peaceful scene in Bukit Lawang 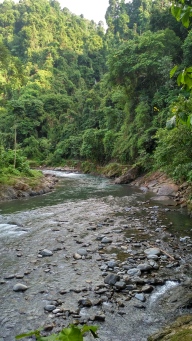 The peaceful scene in Bukit Lawang

Trekking with a guide 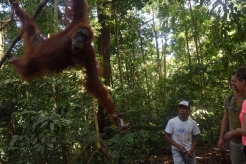 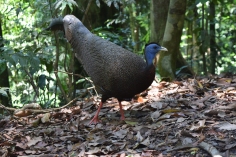 Ants in the forest

I also spent time in Pematang Siantar and Balige, the two towns in North Sumatra where I taught English from 2012-2014, and spent a few days relaxing at Lake Toba, the world’s largest volcanic lake.

My time was short, but I filled it with many things. I saw old friends and made new friends; I ate my share of the amazing Indonesian and ethnic Batak food I have missed so much; I visited former students, and even popped into visit the English course of one of my former students; and I once again dipped my feet in the waters of Lake Toba.

Hanging out with a former student 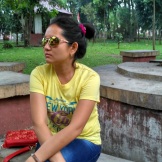 Hanging out with a former student 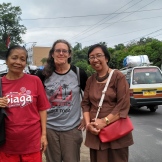 With teachers from Memory English Course 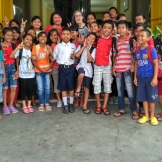 I used to balk when people asked me about my favorite place I’ve traveled. There are so many amazing places that I didn’t know how to choose one. I have, however, since decided it has to be Indonesia.

My heart still lingers there. 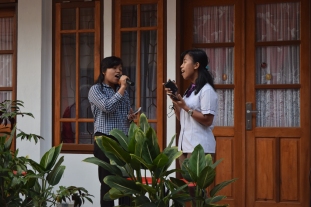 I miss being surrounded by song

In front of the market in Balige 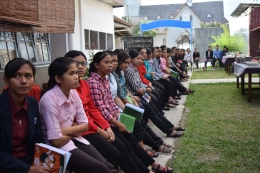 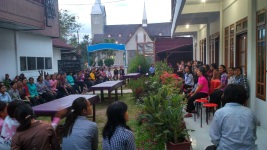 An evening with the students

Current students of the Deaconess Theological School in Balige

Lake Toba is the site of a supervolcano, and was formed some 70,000 years ago after a  eruption so massive, it caused a volcanic winter.

I will always find peace there, and I’m glad I had some time there this past summer.