A peek at the panorama

Selfie on the bridge! 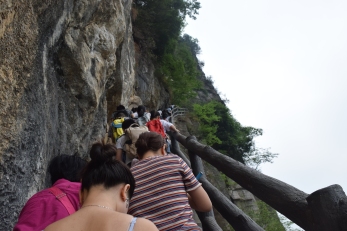 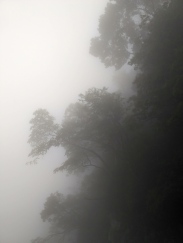 Mysterious view from the side of the mountain 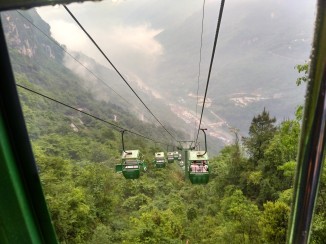 Riding down one section of the cable cars

Panorama from the bridge 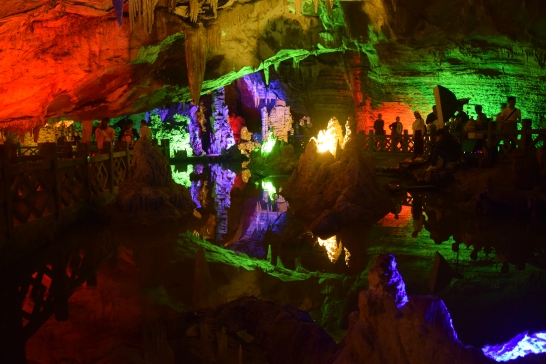 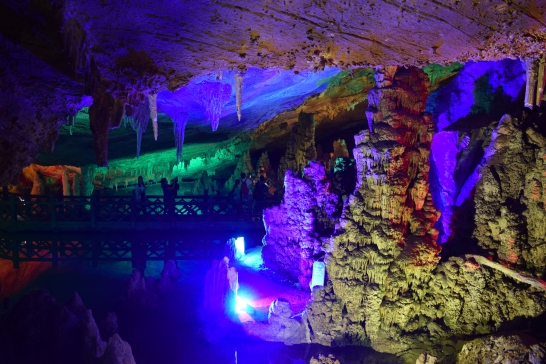 Last month I went with a group of students to a nearby mountain. Mianyang is in a basin, but there are many mountains in the Sichuan province. The students arranged for early transportation for the hour and a half ride to Jiuhuang Mountain (九皇山). No one had told me the scale of this mountain before I arrived. I came prepared for a hike, but not quite for this. As is common here, the mountain itself has been made accessible to non-expert climbers with kilometers of stone stairs, much of it leading straight up the mountain. For those who aren’t keen on stair climbing, there are a series of cable cars leading the way, although it is quite expensive.

About halfway up, there is a suspension bridge (called Lovers bridge) spanning across a wide gap as well as stairs that go alongside the sheer rock face. It was cloudy, and even rainy, which made for some tricky climbing. I imagine the panorama would be even more spectacular had it not been so cloudy.

This mountain also features a cave with spectacular stalactites and stalagmites lit up in a rainbow of colors.

All in all, it was an amazing day that left me exhausted.